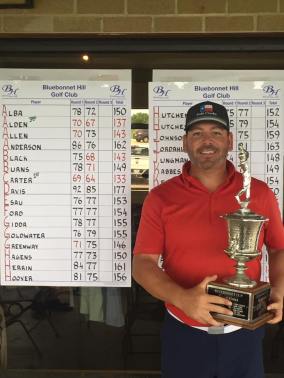 Ben Carter started his final round 3 shots behind first round leader Peach Reynolds, but by the end of the day, he made that up and more, shooting a final round 8-under (64), for a two day total of 11-under (133) and a two shot victory.  Congratulations Ben on a great tournament and a great 2018 season thus far!

Like Loading...
This entry was posted in Results and tagged alden, bluebonnet hills, carter, luongo, reynolds, ware. Bookmark the permalink.